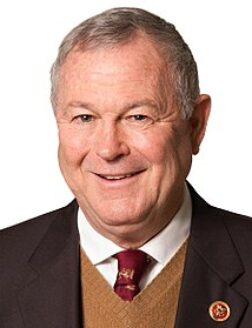 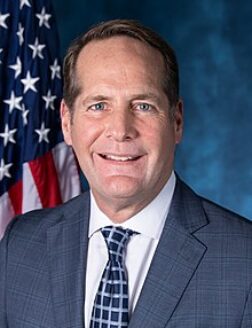 Mostly ban. Voted to create tax penalties for companies offering insurance plans that cover abortion or individuals buying them on their own. Also voted to bar transporting a minor across state lines to get an abortion.

Legal. “I’ll never vote to tell a woman what to do with her body. That’s between her & her doctor, not members of Congress.”

No. “Manmade global warming, as a theory, is being pushed by people who believe in global government… looking for an incredible freedom-busting centralization of power.” Voted to bar EPA from regulating greenhouse gases.

Yes to both. “Climate change doesn’t just mean melting ice caps & rising oceans. It means the weather patterns that all of civilization has been predicated on… will be increasingly unpredictable—where we built our cities, where we grow our crops, where we live. “

Yes. “Has an exemplary record & decades of service to our nation.”

No. Saw his Judiciary Committee performance. “Lying under oath? Disqualifying.”

No. “Hundreds of billions… will end up being given to foreign banks & others who don’t deserve to get their hands on our limited tax dollars.”

No. Beyond losing critical climate programs, the enormous cuts would also eradicate protections for other basic needs.

No. Homeowners should have the right not to sell their home to gay people if “they don’t agree with their lifestyle.”

Mostly no. Ban selling guns to felons. Co-sponsored law to repeal semiautomatic weapons ban. “Safer to have good guys in our schools with guns than not.”

Repeal. Co-sponsored resolutions to defund Obamacare in 2013 & repeal it in 2015.

Support. “Basic healthcare is a fundamental right in developed countries…. we need to fight to prevent its repeal.”

No. Prohibit federal funds from going to Planned Parenthood—for any purpose.

Support path to citizenship for America’s 11 million illegal immigrants, including “DACA” recipients or “Dreamers,” who grew up in the US after being brought here as children?

No. Applauded President Trump for terminating DACA, saying he sympathized with the kids but that the program encouraged illegal immigration.

Yes. Supports comprehensive immigration reform that both secures the border & provides a pathway to citizenship for undocumented individuals.

Yes. Walking away will help neutralize the mullahs & empower secular forces within Iran.

No. Withdrawal “calls into question our commitment to international agreements.”

No. Prohibit FCC from regulating rates for broadband internet access.

Yes. Prioritize green energy “over the fossil fuels of the past.”

Agree that serious issues with Russian intervention in the 2016 election?

No. ”Mueller was appointed to try to find out if there was collusion between the Russians & the Trump campaign. There’s been nothing that has been discovered about that.”

Yes. “Rep. Rohrabacher has said that 17 US intelligence agencies… were all wrong, that the Russians had nothing to do with meddling with our elections.”

No. Opposed because bill capped deduction for state taxes.

No. Helps wealthy not working families. Has added more than a trillion dollars to national debt.

Support rules that proponents argue prevent possible fraud, even if they limit access?

No. “Fair elections without barriers to vote should be a top Democratic priority.”