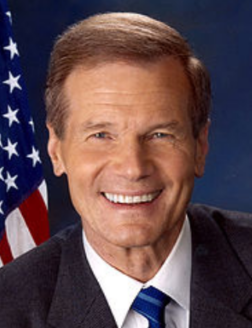 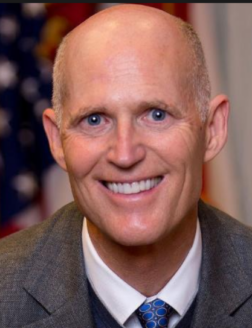 No. Supports a women’s right to choose.

Yes. “Abortion is wrong & Roe versus Wade should be overturned.”

No. Decision “opened the floodgates to dark money in campaigns.”

Yes. “Climate change is real, & we must take action.” Denial “is simply not an option, especially in Florida,”

where sea level rise is a real threat.

No. “I’ve not been convinced that there’s any manmade climate change.” State environmental employees allegedly told to avoid  the phrase “climate change.”

Limit or tax production of greenhouse gases? Support US participation in Paris Climate Accord despite President Trump’s withdrawal?

Yes. Supports federal regulation & Paris Accord. “If the US isn’t going to do its part to combat climate change, then the rest of the world won’t do theirs.”

Allow employers to withhold contraceptive coverage from employees if disagree with it morally?

Yes. Sees as a matter of employer rights & freedom of religion.

Will meet, then decide. Won’t vote for someone who’d overturn Roe v Wade.

Yes. “If you’ve done your time, you should be able to vote. It’s only fair.”

Yes. For instance, supported stimulus bill at height of 2008 recession.

No. Says that these tariffs “may start an international trade war.”

Mixed. Backs “free & open trade,” but other countries have to reciprocate.

No. Must never take money from public schools for private schools.

Yes. Avoid drawing districts for your own self-interest.

Declared state of emergency. Supports reservoir. Says Nelson has had years to address the crisis & should have gotten Federal support or Army Corps to address problem. “Nelson didn’t care to make Lake Okeechobee a priority.”

Supports. “If the Lord made homosexuals as well as heterosexuals, why should I discriminate?“

Support. Will work to ensure those with pre-existing conditions keep health coverage eligibility.

“A terrible notion.” “Repeal as quickly as we can get it done.” Rejected Medicaid expansion.

Yes. Voted against efforts to defund.

No. Supported ban that was overturned by courts.

No. Sees these rules as “burdensome regulations for job creators.”

Early Trump supporter. Trump encouraged him to run for Senate.

Unclear. Old positions supporting privatization, but no recent ones.

No position found. Signed bill for FL renewable credits that had passed unanimously.

Support tighter voting rules even if prevent some people from voting?

No. Says we should be making it easier to vote, not harder. Let students vote on campuses.