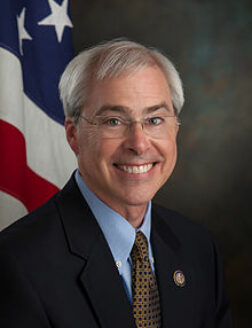 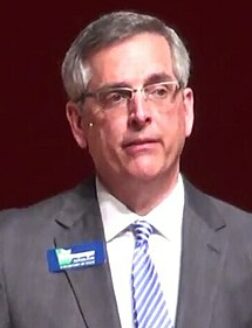 Cancellation of registration for not voting?

Cancellation of registration for not voting?

Support current Secretary of State Brian Kemp’s cancellation of 668,000 voter registrations in 2017, after they didn’t vote for three years and didn’t respond to a mailed post card? (Shifted to “inactive” status, they can still vote for four years and then will be removed from the rolls if they haven’t).

No. “Of course, you have to maintain the list,” but can use change of addresses and death certificates. “No need to be purging lists of voters who choose not to vote….you’ve got a God-given right not to vote.”  “It’s just as bad to kick somebody off the rolls who has a right to participate & has done nothing wrong as it is to let somebody in who has no business voting.”

Yes. Need to clean up outdated voter registrations. “Clean voter lists reduce opportunities for voter fraud.”  “Will initiate outreach & education so voters notify their election registrar when they move.” Not cleaning list “would be a disaster for the state.”

Support or oppose requiring registrations to exactly match info in state databases, so 51,000 forced to vote provisionally for discrepancies like missing hyphens or accent marks or women not matching their maiden names.

Oppose. Shouldn’t “make it harder for folks to register and stay registered… The match program was challenged in court & they agreed to stop doing it.”

Rules on ex-felons getting voting rights restored—currently get rights back after parole and probation?

Shouldn’t be able to vote if committed violent crimes, but need to address situations where because of what judge you get, probation lasts so long for lower-level crimes, it becomes a lifetime voting ban.

Restore rights after probation and parole, like for nonviolent drug offenders, but not for violent crimes like rape, or murder, or armed robbery. No different than barring them from working certain jobs.

Yes. “The number one way to undermine the right to vote is through partisan gerrymandering.” Has become so sophisticated that can create permanent majorities that also fuel hyper-partisanship. Redistricting needs to establish “a rule of maximum achievable neutrality.”

No. “There are some who are attacking the elected General Assembly members’ right to draw district lines & are seeking to replace this with an unelected board to draw district lines, along the idea of the California redistricting commission, where it has been a disaster.” More accountability if elected officials decide.

Sees licensing reform as a key role for the Secretary of State?

Yes. “It ought to be easier for small businesses to get a license. The economic engine that is the driver of new jobs is small business.”

Yes. Increase the speed of licensing investigations, explore self-regulation for industries, “streamline regulations,” and make Georgia “a friendlier place to do enterprise.”

Is Voter fraud or voter suppression the prime problem?

Voter fraud. Specifically sees preventing noncitizens from voting as a key issue; “strongly believes that only legal American citizens should vote.” Also pledges to combat identity theft, “so someone can’t steal another’s identity & then vote masquerading as that voter.”

Supports voter ID as an answer to potential voter fraud?

Mixed. Supports “common sense measures” for voters to identify themselves. But has opposed ID laws that disenfranchise people.

Sees Russian hacking and data security as threats to voting in Georgia.

Yes. Is concerned about foreign interference, particularly Russian. Current machines aren’t “good enough for elections because they can be hacked.”

No position found on Russian hacking. On data security, “A focus on cybersecurity is needed…combined with rigorous employee training on information security.”

Immediately replace the machines.   ”What we need is hand-marked paper ballots, optical scanners to provide a quick but unofficial tally of the vote at the end of Election Day, plus audits…to make sure we’re not relying on an unofficial count that’s misleading in any way.”  “Provide an accurate record that’s absolutely reliable & can be counted & recounted if necessary.”

“Update the current 2002 voting machines that were put into service 16 years ago—that’s before we even had iPhones.” Prefers a touchscreen system that would print a paper ballot that would then be fed into an optical scanner.  This will provide a secure technology with a verifiable paper audit trail.

Yes. More regional offices. “In those offices, there is a human being to talk to…We need more of them.”