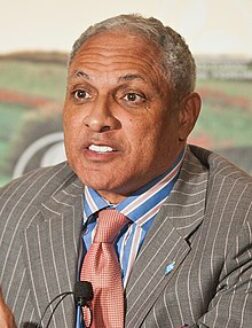 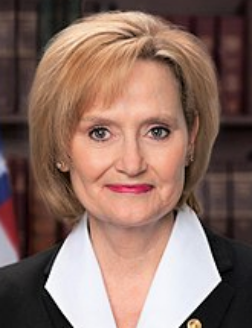 Legal. “I’m anti-abortion, but I’m pro-choice.” “Women should have the basic right to make their own decisions about their personal health.”

Ban. “100% pro life.” “All children, including the unborn, are guaranteed the right to life by our creator.”

No. Tariffs need to come to a halt. They harm Mississippi soybean production.

Yes. Hard for soybean growers, but they “just have to hold on…They will be better off in the long run.”

Fought EPA regulations that would have hurt Mississippi’s farming industry, but pushed for food safety regulations after an e-coli outbreak.

Yes. “Committed to ALL Mississippians having access to their rights of citizenship,” regardless of sexual orientation.

No. “Personally believes marriage is between a man & a woman.”

Yes, up to a point. “I believe in the Second Amendment.…but things have changed. … anyone who has been declared a danger to himself or others should not own a firearm…” No assault weapons to anyone under 21.

No. Says, “Right to bear arms is essential to American Liberty… No law-abiding Mississippian should EVER be denied their constitutional rights.”

No. “Mississippians should have full access…” Expand funding of Medicaid & CHIP.

Response to family separation policy being used as a deterrent to illegal immigrants. General immigration policies?

“The policy of separating children from their families is misguided. America can do better —we can have secure borders WITHOUT punishing innocent children.”

“Distressing to me as a mother, but we cannot lose sight that U.S. immigration laws must be enforced.”

Position on border all & general policies?

Border wall cost can’t be justified, but supports “a secure border and enforced immigration laws that are fairly applied to all.”

“I’m pretty firm, firm, firm on the wall.” On immigrant workers, “We want them legal. If they are not legal now, get legal.”

Wouldn’t say absolutely no. Maybe medical first.  “I’d be open to reviewing the facts….I would just have to know if it was safe” & “a financial benefit to the state.”

Voted to block amendment that would have allowed banks to work with legitimate cannabis businesses.

Supports biofuels. No other position found.

Probably would have voted for them but wants to “make sure people see the benefits,” not just corporations.

Yes. Supports Trump’s tax cuts. Only member of Senate to have voted with Trump’s agenda “100 percent” to date.

Support voting rules that prioritize preventing the possibility of fraud, even if they limit access?