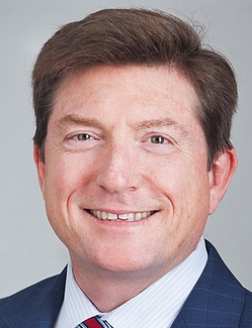 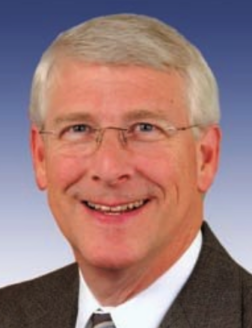 Ban. Introduced bill to declare that constitutional right to life begins at moment of fertilization. In 2011, said “Roe v Wade has led to a 3-&-a-half decades-long holocaust.”

No. Voted against 2012 DISCLOSE Act. Also against limiting political donations.

Yes. Has long supported state commission to address it.

No. Human cause  “isn’t settled.” In 2014, cast the only Senate vote against saying climate change was real.

Yes to limiting greenhouse gases. One of top priorities is protecting the environment.

No on Obama greenhouse gas limits as assault on coal. Urged withdrawing from Paris Climate Accord, saying does no good & will harm US economy.

Allow employers to withhold contraceptive coverage if disagree with it?

No specific stand, but strong general supporter of women’s access to contraception.

Yes. “The federal government doesn’t have the right to force Americans to violate their faith.”

Yes. “A well-qualified jurist with a record of upholding the integrity of the law & the Constitution.”

Yes. But some hesitancy on size of 2009 Obama stimulus to counter recession.

No. They have a negative impact on Mississippians.

Knows Mississippi farmers are bracing for negative impacts, but hopes “end results will be greater opportunities”

No. Will oppose any efforts to weaken CFPB.

Yes. “CFPB has been a thinly veiled attempt… to expand federal control over Americans’ financial decisions.”

No. “I will continue to work to protect First Amendment rights of those who… oppose same-sex marriage.”

No to both. “Do not feel more gun control laws are the answer to the problems confronting our nation.”

Support. “Improving this plan, not weakening it, will be a top priority for me from day one.” Strong supporter of Medicaid expansion.

Repeal. “I am doing everything in my power to delay & repeal this massive overhaul of America’s healthcare system”

Yes. Allow continued funding. “Women should have access to the best healthcare available.”

No. Signed on to Supreme Court brief arguing for defunding.

Yes. DACA kids have met the requirements we asked; are in school or working; are paying taxes. Supports practical border security & earned path as part of comprehensive reform.

No. Filed amendment barring the use of federal funds to administer DACA. Voted against immigration reform bills that included earned path to citizenship. Opposes amnesty.

Yes. “The United States needs to go back to the drawing board & work toward a better deal.”

No. Supports federal intervention against states that have legalized medical or recreational marijuana.

Raise the federal minimum wage from the current $7.25/hr?

“I have been critical of President Trump & will continue to be as long as he demeans the presidency.”

No. Protect Social Security from privatization.

No current statement found, but some previous support for letting workers invest portion in private accounts.

No. Voted against Warren bill.

No. Giveaway to top 1% that increases long-term debt. Instead “require corporations & the very wealthy to pay their fair share while providing real permanent tax relief for low & moderate working people.”