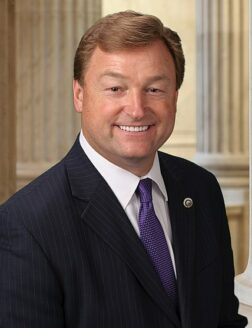 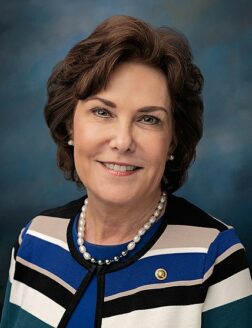 Ban all abortions after 20 weeks.

Legal. “These personal decisions are between a woman and her doctor.”

No. Voted against bill to require this.

Yes. Co-sponsored bill to require this.

Unclear. Has called for the end of corporate & union donations, but not for overturning the decision.

No. “Impact from humans is up for debate.”

Yes to tax or limit. Opposed repeal of Obama Clean Power Plan, saying would “increase carbon pollution, worsen the effects of climate change, and slow down our transition to a clean energy economy.” Opposed withdrawal from Paris Climate Agreement.

Employers can withhold contraceptive coverage from employees if disagree with it morally?

No. Cosponsored bill to prevent this.

Yes, would likely vote to confirm. “I have no reservations.”

No. “Right now I can’t see myself voting yes.”

No. “Control wasteful spending and shrink the size of government.”

Yes. “Invest in things that create jobs– like our energy and transportation infrastructure, public and technical schools, and high-tech research.”

Public support for parents sending their children to private schools?

No. Public money should go to public schools.

Mostly repeal. Voted for several repeal measures, though against at least one. Prefers block grants to the states.

Supports ACA but would like to add public option and chance to buy into existing Medicaid programs.

Twice voted against funding, but more recently says will protect it.

Support DACA, allowing “Dreamers” who arrived illegally as children, then grew up in the US, to achieve legal status if meet certain conditions?

Mixed positions. Called original DREAM Act a “backdoor amnesty” program, and voted against. Supported a recent DACA extension. Opposed recent bill with path to citizenship, though open to the concept, depending on specifics.

Yes. Co-sponsored DREAM Act. Also general earned path to citizenship “for law-abiding undocumented immigrants who are playing by the rules and contributing to our economy.” So potential earned path for more than just DACA recipients.

Yes, co-sponsored STATES Act to do this.  Also a bill to regulate federally like alcohol.

No. “Want there to be more competition.”

Support full or partial privatization of Social Security and/or VA?

No. Considers “fraudulent” handout to corporations and the wealthiest. Opposes top bracket and corporate tax cuts that she considers at the heart of the bill.