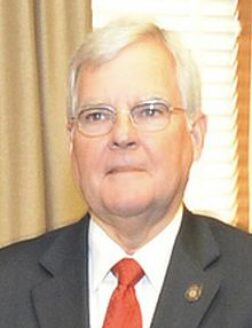 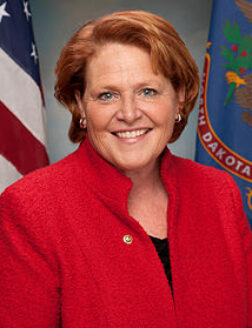 Ban. “Forty years ago, the United States Supreme Court sanctioned abortion on demand. & we wonder why our culture sees school shootings so often.“

Mostly legal. “Reproductive decisions should be left to a woman, her family, & her doctor.” But opposes public funding & supports state’s right to mandate parental consent for minors & to restrict partial-birth abortions.

No. Disclosure individual contributions, but “what other organizations, liberal & conservative, do to promote their beliefs is up to them.”

No. Reverse by constitutional amendment. “Billionaires who couldn’t pick out North Dakota on a map shouldn’t have more” electoral sway “than hard-working North Dakotans.”

Limit or tax production of greenhouse gases? Support US participation in Paris Climate Accord despite President Trump’s withdrawal?

Allow employers to withhold contraceptive coverage from employees if disagree with it morally?

Even if Ford allegations true, 36 years ago, so not sure it disqualifies Kavanaugh.

No. Would have confirmed, but “deeply disturbed by…lack of judicial temperament & impartiality,” including his angry response when asked about drinking. Also influenced by experience dealing with sexual assault victims.

No. Opposed stimulus investment. Some support for infrastructure.

Yes. Supports strong infrastructure spending for areas like roads. But also concerns about deficit, feels both parties have ducked the issue.

“I would prefer a more measured approach.” But they are “the one tool [Trump] has,” so support them & present a united front for negotiations.

No. They “severely limit our ability to build the international support need to keep China in check.” Retaliatory actions will hurt North Dakota.

Provide vouchers to parents to send their children to private schools with public money?

No. Opposed Betsy DeVos’s “preference for private schools and… taking public funds away from public schools.”

No. “Marriage is defined in Scripture.” Supreme Court ruling was “another example of activist judges overstepping their authority.”

Yes. “The federal government should no longer discriminate against… or interfere in personal, private, & intimate relationships.”

Full repeal. “An insult to the Constitution & the conscience.” Would require covering patients with pre-existing conditions but let insurance companies charge more for them.

No. Co-sponsored bill to defund.

Support path to citizenship for “DACA” recipients or “Dreamers,” who grew up in the US after being brought here as children?

No. DACA was “unlawfully put together.” Recipients must return to home country before applying for citizenship.

Yes, with conditions. Voted for several bills coupling with border security increase, & in one case with restrictions on legal immigration.

Support ND ballot Measure 3 that would legalize adult recreational use.

No. Plans to vote against it: “We don’t need any more mind-altering substances on the market.”

Up to voters, some concerns on access by children. Urged administration to respect North Dakota’s medical law.

No. Reducing regulations is a better way to improve job opportunities.

Percentage of key votes (as of September 2018) supporting Trump’s positions while in office?

Mixed support & opposition: 55% of time. “I don’t think either party has all the right answers.”

Yes. They were “the best Christmas gift Washington [could] give.”

No. Will add $1.5 trillion to national debt & provide no real relief for middle-class families or small businesses.

Support stricter voting rules like voter ID requirements even if prevent some people from voting?