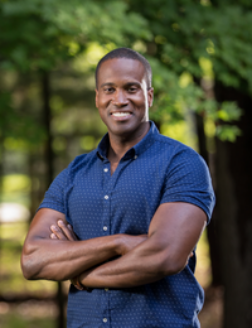 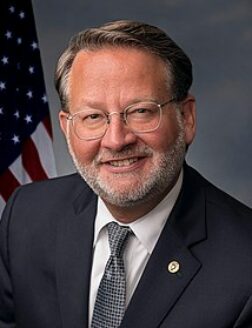 Ban. Calls abortion “genocide.” Would make an exception to save the life of the mother, but not for rape or incest.

Yes. “We should be thinking about what we need to do to improve the Affordable Care Act while celebrating what actually works.”

Require more disclosure about the sources of campaign financing?

Yes. Co-sponsored the Campaign Disclosure Parity Act of 2018 and two 2015 measures to reverse the impacts of Citizens United.

Yes: “Climate change, caused in large part by humans, is a threat to Michigan, our Great Lakes, our country and our planet.”

Unclear. Is supported by Restoration PAC, which is critical of renewable energy efforts.

No position given on timing of nomination hearings or a confirmation vote.

“Voters should have their voices heard, and there should not be a Supreme Court nomination until the next presidential term begins.”

Yes. Said Trump has “done everything that he has thought was best” in a national COVID response. Says Peters as a senator hasn’t done enough.

No. Administration was “far too slow” in expanding access to testing and personal protective equipment. Opposed Trump decision to cut WHO funding. Introduced legislation to expand access to free testing.

Use public funding to send children to private schools?

Yes. Would let parents “use their tax dollars to send their children to the best schools, whether they are public or private.”

No. “Voucher programs rob [children in public schools] of the resources they need to receive a high-quality education near where they live.”

Support administration tariffs on steel and other products?

Unclear. In 2018 strongly opposed all gun control. More recently says he is open to discussion on background checks.

Unclear. Said “We’re putting DREAMers in a terrible position,” but has not expressed support for DACA.

Yes. “The DACA program has helped provide relief to thousands of hardworking young people” brought to this country as children.

Unclear. “There are some areas where a wall or fence may be the best solution, but I would leave that to the boots on the ground, Homeland Security.”

No. Opposed redirecting funds from already allocated programs to pay for a border wall. Cites difficulties farmers face in getting work visas for seasonal workers.

No. “This impeachment is not about the rule of law, it is about revenge.” Has said that he supports Trump “2000 percent.”

Yes. Voted first to call witnesses and then to convict Trump on both articles of impeachment. “The president violated his oath of office and betrayed the public trust.”

No position found. Campaign did not respond to request for comment on House resolution requiring congressional approval to attack Iran.

Yes. “The American people deserve to hear from the Administration on whether military action is necessary and if we have exhausted all diplomatic options.”

Support “right-to-work” laws, eliminating the ability of unions to mandate dues for workers they represent?

No. Said anti-union laws would “harm working-class families in the state of Michigan.” Co-sponsored legislation to ban right-to-work laws.

Unclear. Has said employers shouldn’t be able to fire someone for being gay.

No. Said would vote no on 2018 state proposal to legalize recreational marijuana but would “respect the will of the voters.”

Yes. Says “when it is legalized, it is regulated and it is taxed and it helps with paying for public services like public education …”

Unclear. Criticized increase of minimum wage to $15 an hour. No position found on a smaller increase.

Yes. In 2019 co-sponsored the Raise the Wage Act, to raise the federal minimum wage to $15 an hour.

Unclear. Supports defunding Planned Parenthood, according to Right to Life of Michigan.

Restrict police use of force and increase public oversight?

Yes. “This is real money for real people. … Donald Trump is delivering on his promises.”

No. “It is wildly irresponsible to pile on this debt to finance a tax break for the wealthiest people in this nation.”

Strict ID and other rules to combat possible fraud, even if limit access?