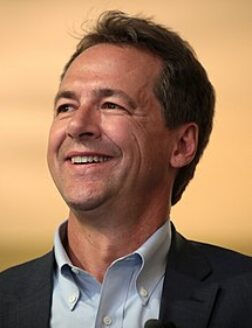 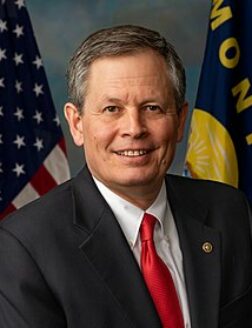 Legal. “The most basic human right is the freedom to decide what happens to your body.” As governor, vetoed a bill prohibiting abortions after the 20th week of pregnancy.

Yes. “Make care more affordable … by building on the success of the Affordable Care Act.” Supports a public option.

No. “Montanans … want Obamacare to be repealed and replaced.” Voted to repeal in Senate.

Yes. “One of the greatest challenges of our time.” Rejoin Paris Accord: “We simply can’t lead if we are not part of the agreement.”

No. “To suggest that it’s human-caused is not a sound scientific conclusion.” Supported Trump pullout from the Paris Accord.

Address as a top priority by taxing or limiting output of greenhouse gases?

No. Backed Trump repeal of Clean Power Plan as “a first step in trashing President Obama’s war on coal and the good-paying jobs it supports.”  Criticizes Bullock’s Climate Solutions Council for considering a carbon tax or cap, instead of focusing on innovation, like carbon capture.

Yes. Says his early and aggressive response to COVID as governor contributed to state’s low hospitalization and death rate.

Use public funding for private and/or for-profit schools?

Tighten or loosen regulation of banks and credit card companies?

Tighten. “I took on the big banks.” Supports “holding the big banks and servicers accountable for abusive practices.”

No. Opposed. “I believe marriage is between one man and one woman.”

Create path to citizenship for “DACA” residents brought to U.S. as children?

Yes. As governor, signed letter to congressional leaders urging that DACA participants be protected from deportation.

No. Wants “border security” and an “orderly immigration system.” Expanded border wall is “a waste of taxpayer money,” better spent on rural broadband.

Yes. “For the sake of the nation, it has to be done.” Saw enough evidence to warrant impeachment and removal.

No on both. “This impeachment is an unprecedented, purely partisan threat to the Constitution.” Voted to acquit.

Yes. Give the American people “a voice about whether and how we continue in these current conflicts.”

Legalize or ban? Position on I-190 & I- 118 recreational marijuana initiatives?

Unclear. Decriminalization should be a state decision. Defended state medical marijuana law. No position found on I-190 and I-118.

Unclear. VA can prescribe medical marijuana. States decide on medical. No position found on I-1190 and I-118 or recreational.

No recent position found. In 2014 said states rather than Congress should set minimum wage.

No. Co-sponsored legislation to withdraw federal funding for Planned Parenthood.

“It’s an important priority for me personally.”

Restrict police use of force and increase public oversight?

Mixed. Co-sponsored reform bill for more police accountability on use of force and an amendment blocking transfer of military equipment to police. Doesn’t support efforts to cut police budgets.

Yes. “Montanans’ hard-earned dollars belong in their pockets – not in Washington, D.C.’s coffers.”