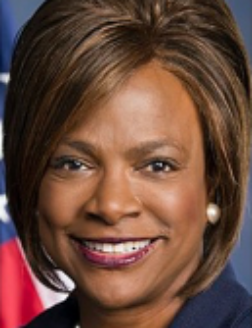 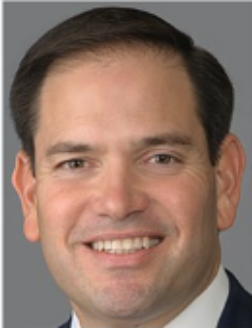 Yes. “Climate change threatens everything we have tried to build as a nation and even as a species.” Introduced bill to support U.S.-based solar energy components.

Support teaching history of race and racism in United States?

No specific comment, but says “we have been fighting systemic racism… for 400 years,” including in education. “Racism is so ingrained in… who we are as a nation,” it’s “something that we have to fight back against.”

Tighten. Supported a bill to plug unsafe oil and gas wells and stop air and water pollution. “Each of us, and our children, deserves a future where we can live in health and security, both economic and environmental.”

More. Introduced a bill to expand federal gun regulation. Cosponsored background check bill. “So many of these tragedies can be prevented with simple, basic policies like background checks.”

Yes. “Healthcare is a right.” Defends ACA. Voted for Medicaid expansion and subsidized ACA premiums as part of BBB bill.

No. Voted to repeal ACA.

Boost. Voted to give DACA participants a path to citizenship. Immigration reform “critical for our economy” to protect Dreamers, Florida farmers and TPS recipients.

Curb. “We need laws that decide who and how many people can come here, and those laws must be followed and enforced.” Voted against giving DACA participants a path to citizenship.

Make it easier or harder to join a union?

Easier. Cosponsored Protecting Right to Organize Act—“the most significant upgrade for workers’ collective bargaining rights in more than 80 years—because unions built the middle class. They can rebuild it.”

Legal. “Our right to control our bodies and our lives is a Constitutional guarantee and we must fight to protect our freedoms.”

Give LGBTQ people more or less protection from discrimination based on sexual preference?

More protection. “The most fundamental freedom is to be who you are, and to exist without fear of prejudice and harm based on your identity.” Co-sponsored Equality Act. Opposes the Florida education bill that opponents call the “Don’t Say Gay” bill.

Less protection. Supports right of Catholic schools receiving public funding to not hire staffers whose lifestyles go “contrary to the teachings of the church.” Has said marriage “should be between one man and one woman.”

Ban. Calls recreational legalization “a terrible idea;” sees marijuana as a “gateway” drug. Is open to possible FDA approval for medical use if doctors see marijuana as a medicine.

Yes. “A $15 minimum wage is the least that American workers deserve.” Cosponsored Raise the Wage Act of 2021 to increase the federal minimum over five years.

No recent position found. In 2013, said “I don’t believe a minimum law works.” In 2015 said the solution to low wages is to “create millions of jobs that pay more.”

Limited. “Bad police officers need to be fired,” and prosecuted “if they’ve committed a crime.” Police “should be reformed, not defunded.” Supported a Republican alternative bill to train and collect data on use of force, with a limited chokehold ban and few additional restrictions on police conduct.

Yes to both. Voted to provide $10,000 in student debt cancellation. “We should be reducing the amount of debt by reducing fees and payments, offering greater federal support and simply cancelling some debt.”

No to forgiveness. Biden loan cancellation would mean “hundreds of billions of dollars shelled out without congressional authorization.” Exceptions for some service members and terrorism survivors. Yes to eliminating interest, replacing with a one-time fee.

Should corporations and wealthier individuals pay more or less taxes?

Less. Voted for Trump tax cuts, which reduced corporate tax rate from 35% to 21%, though he also criticized them. Attacked Build Back Better as “Build Back Socialism.”

Support voting rules such as voter ID requirements and restrictions on absentee and early voting, even if they make voting harder? Was Biden elected legitimately?

guides.vote is a nonpartisan effort to show where candidates stand, with links to credible sources. Vote411.org and Ballotready.org  offer guides to local races.