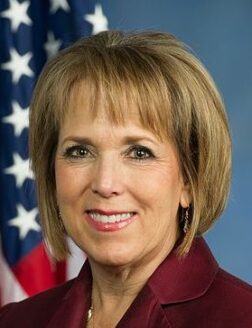 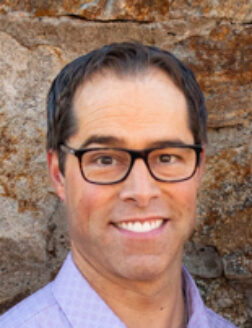 Legal. “Access to abortion is access to health care,” “New Mexico will continue to be a state that protects and preserves the rights of women.” “A woman has the right to make decisions about her own body.”

Mostly ban. ”Will champion…the Right to Life.” Says New Mexico is “one of our nation’s capitals for abortion.”Would allow abortion “up to 15 weeks and in cases involving rape, incest, and when a mother’s life is at risk,” and “end the barbaric practice of late-term abortions.”

Should climate change be a top priority?

Yes. At 2021 UN Climate Conference committed state to climate actions such as reducing methane emissions by 45-50% by 2025, engaging in large-scale reforestation and supporting a low-carbon vehicle fuel standard. Signed a bill to make solar-generated electricity easy to access.

Mostly no. Says climate change is “real” and “needs to be addressed.” However, “we can’t restrict our economy when countries like China and India continue unrestricted pollution. The financial burden would crush our middle and lower class.” Criticizes Grisham climate initiatives.

How to address teaching the history of race and racism in the United States?

Signed a law requiring school districts to implement an anti-bullying programs that includes gender identity, sexual orientation, race, religion, and ability as areas to focus on.

“Children should not be divided into victims and oppressors based on the color of their skin.” Believes schools should focus on teaching core subjects, “rather than trying to indoctrinate children in liberal ideology.”

Yes. Signed a bill making college tuition at public colleges free for most New Mexicans. Raised teachers’ salaries, and increased annual spending on K-12 public education by roughly $425 million in 2022, up 12 percent from the year before.

No. Opposes a single-payer health system as “disastrous.” Would keep Obamacare in place until it can be replaced by a better plan. Outside of testing and distributing PPE, a federal role in COVID is not needed, would be “top-down government.”

How to handle immigration? Support a path to citizenship for “DACA” participants brought to the US as children?

Signed a law allowing immigrants to get a driver’s license without showing immigration status.  Withdrew the majority of National Guard troops deployed at the state’s southern border. On DACA, says “We need a pathway to citizenship. Dreamers cannot wait any longer.”

Opposes amnesty for people living illegally in the U.S. “because it incentivizes even more illegal immigration.” “We need a barrier, more staffing or increased air patrol for a more secure border.” “Sanctuary cities in New Mexico exacerbate our crime problems.” No position found on DACA.

Make it easier or harder for unions to organize?

Harder. Says “favoring union contracts” is “antiquated and regressive.” “We need to be a right-to-work state.”

Expand. Says “every LGBTQ+ New Mexican” is “valued and protected.” Signed a bill prohibiting businesses from discriminating against employees based on sexual orientation.

Should recreational marijuana be banned or legal?

Legal. Legalized adult-use cannabis in state, saying it would create “thousands of good paying jobs for years to come.” Celebrated the first weekend of cannabis sales, totaling $5.2 million, and said it is “one of the most successful of any state.”

No position found on legalization. Wants New Mexico to “be the most aggressive state in the nation in keeping marijuana away from children and prosecuting drugged driving.”

How to address police use of force?

Says the police have been “demonized” by the “political elites;” “will go after the criminals, not cops.” “We must support our law enforcement and back the blue.” Regarding the killing of George Floyd, said “bad cops and those who engage in police brutality and worse must feel the absolute full force of the law.”

Support lowering interest on student loans or forgiving them?

No position found on loans. Opposes “free college” as a provision of the Green New Deal.

Should corporations and wealthier individuals pay more or less taxes?

More. While in Congress, voted against 2017 tax cuts that cut the corporate tax rate down to a flat 21% and cut top-bracket individual rates. Also signed a bipartisan bill eliminating state tax on social security for single filers up to $100,000 and couples $150,000.

No position found on taxing corporations and the wealthy, but supports a large tax cut on small businesses and supports “growing the private sector through cutting taxes.”

Support tightened restrictions on such voting rules as absentee and early voting, and voter ID?

No. Proposed a bill (did not pass) to extend the early voting period, create a permanent absentee voter list for receiving mail ballots, and expand online voter registration.

We have space to include only candidates polling 15% or more. But check out others including Karen Bedonie (L).