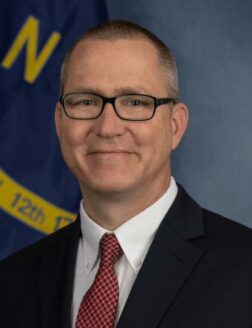 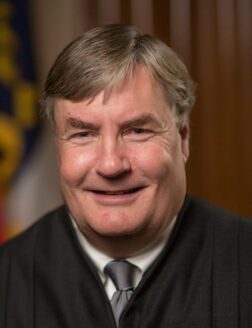 The North Carolina Supreme Court has seven members, with two seats up for election.  This race is between Republican Trey Allen and incumbent Democrat Justice Sam Ervin. We’ve covered the race between Republican Richard Dietz and Democrat Lucy Inman in another guide. Justices serve eight-year terms.

The outcome of this election will determine what party controls the Court. The Democratic justices have a narrow 4-3 majority. Both open seats are held by Democrats, so Republicans only need to win one race to gain control of the Court.

The North Carolina Supreme Court can have a significant impact on state policy and individual rights. Just this year, the Court held that a legislature elected based on racially manipulated districts, cannot propose amendments to the North Carolina constitution, issued a decision eliminating protection from legal liability for nurses acting pursuant to a doctor’s instruction, and created a mandatory parole review for prisoners sentenced as juveniles who have subsequently served 40 years in prison. The Court will also soon decide whether the state’s voter ID law is unconstitutional and whether individuals convicted of a felony can be prevented from voting.

Trey Allen is currently the General Counsel for the North Carolina Administrative Office of the Courts. He was appointed in 2021 by Supreme Court Chief Justice Paul Newby, a Republican justice. He has a bachelor’s degree from UNC Pembroke and a law degree from UNC Chapel Hill. After law school, Allen served as a judge advocate for the U.S. Marine Corps, then worked in private practice at the law firm Tharrington Smith, where he represented local school boards, before joining the faculty at the UNC School of Government.

Justice Sam Ervin currently serves as a justice on the North Carolina Supreme Court, a position he has held since 2015.  Prior to that, he served on the Court of Appeals for six years. Ervin has an undergraduate degree from Davidson College and a law degree from Harvard.  Prior to becoming a judge, Irvin worked for the law firm Byrd, Byrd, Ervin, Whisnat & McMahon handling civil, criminal, and administrative matters, and then served on the North Carolina Utilities Commission.

Ervin is endorsed by the NC Sierra Club, the North Carolina state AFL-CIO, Equality NC (an LGBT+ rights organization), the Fraternal Order of the Police (Lodge #9) , and the Durham Committee on the affairs of Black People. Here is a list of his other endorsements.