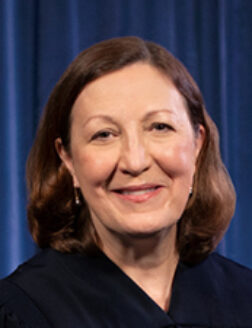 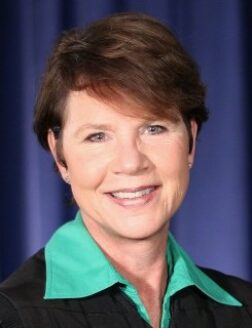 This election for the Ohio Supreme Court is to decide which sitting Justice, Jennifer Brunner or Sharon Kennedy, will become the next Chief Justice of the Court.  The current Chief Justice, Maureen O’Connor, is stepping down because of an age limit.

The Ohio Supreme Court is currently regarded as conservative, with a 4-3 Republican majority. All three seats on the ballot this year are held by Republicans. Before this year, despite their own party identification, Ohio Supreme Court justices had been elected in nonpartisan elections. Now this year justices are running in partisan primaries and general elections. Both Justice Brunner and Justice Kennedy were elected as nonpartisan justices. Brunner is running for the Chief Justice position as a Democrat while Kennedy is running as a Republican. The governor will appoint a new justice to replace the winner.

The Ohio Supreme Court decides questions of state law that often have a significant impact on state policy and individual rights. The Court recently decided cases involving the validity of the Ohio State Legislature’s redistricting (the process of redrawing the boundaries of Ohio’s political districts), reduction of bail for a man accused of murder, infringement of the First Amendment by an education board’s ban on picketing, and whether a fine is unconstitutionally excessive. The Court is also set to rule on whether individuals accused of violent crimes may possess guns. Recent state legislation that may come before the Court ranges from a ban on abortion after six weeks to restrictions on discussion of sexuality or gender in schools. The election for this position will not change whether the Court leans conservative or liberal (although the races for other positions on the Court might).

Justice Jennifer Brunner currently sits on the Ohio Supreme Court. She was elected to the Court in 2020. Brunner has a bachelor’s degree from Miami University and a law degree from Capital University Law School.

Prior to joining the Ohio Supreme Court, Brunner served as a judge on Ohio’s Tenth District Court of Appeals, originally elected in 2014 and reelected in 2016. Prior to this, Brunner was a judge on Franklin County Common Pleas Court, in private practice, and served as Ohio’s first woman Secretary of State.

Justice Sharon Kennedy currently sits on the Ohio Supreme Court. She was elected to the Court in 2012 and was re-elected in 2020. Kennedy has a bachelor’s degree from University of Cincinnati and a law degree from University of Cincinnati College of Law. From 1985 to 1989, Kennedy worked as a police officer for the City of Hamilton Police Department, and  after law school, worked in private practice. From 1999 to 2012, Kennedy served on the Butler County Court of Common Pleas, Domestic Relations Division.

Brunner has been endorsed by the Ohio AFL-CIO, the Ohio Women’s Alliance Action Fund, the Ohio Legislative Black Caucus and Vote Pro Choice. Here’s a list of her other endorsements.

Kennedy is endorsed by the NFIB Ohio PAC, the Ohio Business Roundtable PAC, the Ohio Chamber of Commerce PAC, the Ohio Right to Life PAC, the Fraternal Order of Police of Ohio, and Buckeye Firearms Association PAC. Here’s a list of her other endorsements.