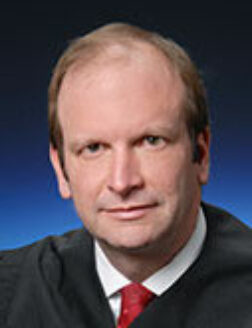 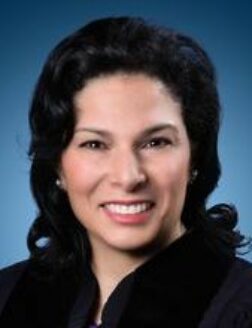 This election for the Ohio Supreme Court is between the incumbent Justice Pat DeWine and Judge Marilyn Zayas.

The Ohio Supreme Court is currently regarded as conservative, with a 4-3 Republican majority. All three seats on the ballot this year are held by Republicans.  Ohio Supreme Court justices have previously been elected in nonpartisan elections. This year justices are running under partisan labels, with DeWine a Republican and Zayas a Democrat.

The Ohio Supreme Court decides questions of state law that often have a significant impact on state policy and individual rights. The Court recently decided cases involving the validity of the Ohio State Legislature’s redistricting (the process of redrawing the boundaries of Ohio’s political districts), reduction of bail for a man accused of murder, infringement of the First Amendment by an education board’s ban on picketing, and whether a fine is unconstitutionally excessive. The Court is also set to rule on whether individuals accused of violent crimes may possess guns. Recent state legislation that may come before the Court ranges from a ban on abortion after six weeks to restrictions on discussion of sexuality or gender in schools. The election for this position may determine whether the Court leans conservative or liberal.  Ohio’s other Supreme Court races are addressed in here and in this overview.

Justice DeWine currently sits on the Ohio Supreme Court. He was elected to the Court in 2016. DeWine graduated from Miami University with a bachelor’s degree, and from University of Michigan Law School with a law degree. Prior to joining the Ohio Supreme Court, DeWine served on the First District Court of Appeals and the Hamilton County Common Pleas Court. He also served as a Hamilton County commissioner and on the Cincinnati City Council and worked in private practice.

Judge Marilyn Zayas currently serves on First District Court of Appeals of Ohio. She was elected to the Court in 2016. In 2018, Zayas served as a visiting judge on the Ohio Supreme Court in the case of State of Ohio v. Edwin A. Vega. She received a computer science degree from City College of New York and earned her law degree from the University of Cincinnati College of Law. Before becoming a judge, Zayas worked at Procter & Gamble, and as an attorney in private practice for nearly 20 years.